Travels with Lizbeth, Lars and Phillip.

The photo of the nude girl in my last post is interesting because it involves two people who unknowingly had a significant impact on my life. 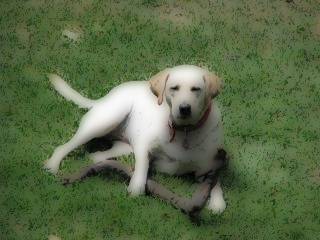 The photo itself was taken by one of my Internet heroes, Phillip Greenspun.  You may not have heard of him but many years ago he started up a company called ArsDigita, a company whose original business model would/could/should have set the world wide standard for business ethics.  He impacted me personally by convincing the then worlds largest Internet provider to open-source the very thing that ran their entire infrastructure, AOLserver.  This may not mean much to you but to me it's my bread and butter.  Had it not been for Phil, I would probably be working for Bill.  Above and beyond all that, he's also my favorite photographer.

In the photo a girl is reading Travels with Lizbeth, a book by Lars Eighner.  For days after seeing it I obsessed on his name.  I knew it from somewhere but couldn't place from when or where.

Then I remembered...  Lars and I went head to head in quite a few arguments about sex, religion and politics back on some very old on-line forums.  By on-line, I mean that this was on a BBS that predated most of the commercialization of the Internet.    A long time ago.  A really long time ago.

One argument with Lars marked a pivotal event in my life, I learned when to shut the fuck up.  In that argument I said something very unkind.  I can't remember what it was but I do remember that I regretted it the moment I hit the Send command and I followed it up with an apology and a promise to no longer debate anything with anyone until I could learn to do it without anger and ad-homonym.  I'm happy to say that I am a very calm debater these days and interestingly enough, on much of the stuff we debated about, I would probably be on his side now.